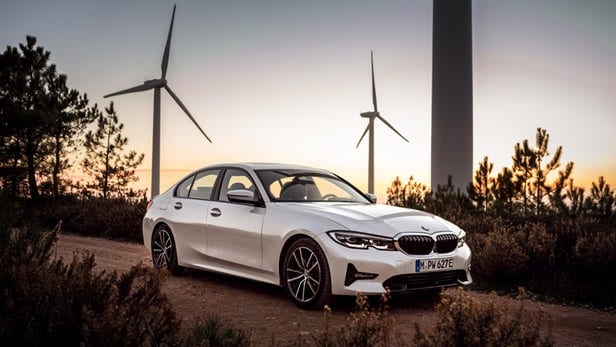 BMW unveiled the seventh generation of the 3 Series compact sedan at the Paris Motor Show earlier this year. Added to that series is a new plug-in hybrid 330e that the automaker announced this week. This PHEV includes BMW’s latest eDrive Technology to enhance both efficiency and performance.

A key component of the new BMW 330e plug-in is the addition of XtraBoost, a system that allows the sedan to increase system output temporary by up to 41 horsepower (30 kW). That drives the 330e’s already powerful 252 horsepower (185 kW) output up to 293 hp (215 kW). The 330e also sees its all-electric driving range increased to up 50 percent, to 37 miles (60 km) over the previous generation 3 Series plug-in. Fuel economy is improved by about 10 percent in the process.

Read about it at NewAtlas.